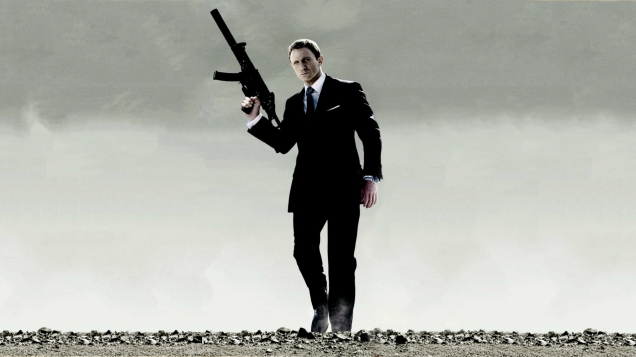 [This article was originally written as an assignment for my degree.]

A writers strike hampered the ambitions of the sequel to 2006’s CASINO ROYALE. Critic and audience responses were, shall we say, on the negative side. And ever since it’s release in 2008, QUANTUM OF SOLACE is seen as this bastard child of the Daniel Craig Bond era. A film for which is mentioned in hushed sniggers and mocking derision.

But after eleven years, on the eve of release of the ‘final’ Bond film starring Daniel Craig, NO TIME TO DIE, it is time to give QUANTUM OF SOLACE its due.

It should be said that my viewing of QUANTUM OF SOLACE came from a rewatch of the entire Craig-era Bond films. From CASINO ROYALE to SPECTRE, I felt it was necessary that in order to give QUANTUM its fair fight, it needs to be placed in the context of the very franchise it inhabits.

It is well known that CASINO ROYALE is the Bourne reaction to Action/Adventure Spy Thrillers. It made the Brosnan era look totally outdated in just one opening Black and White sequence. I would argue that SKYFALL and SPECTRE are the Ethan Hunt reaction. MISSION: IMPOSSIBLE – GHOST PROTOCOL changed what is to be expected of the genre, much in the same way that THE BOURNE SUPREMACY once did. Bond had to change to get with the times. (There is an interesting thread to compare the M:I films and the Craig Bond films, but thats for another day.)

This led to the grander, Deakins shot SKYFALL, and the hazier, Hoytema shot SPECTRE. QUANTUM OF SOLACE isn’t grand. It isn’t hazy. It isn’t a reaction to another franchise. It is a reaction to the character. It had to exist purely for Bond. And Bond was pissed.

The chaotic editing is just one of the filmic aesthetics that show the pure, unadulterated rage that Bond, rightfully was feeling. After the quite frankly horrific homage to GOLDFINGER where Strawberry Fields (Gemma Atherton) is drown in oil, M tells Bond that “I think you’re so blinded by inconsolable rage that you don’t care who you hurt. When you can’t tell your friends from your enemies, it’s time to go.” That rage is surface level, Craigs performance, his eyes are fuelled with it.

He is almost suicidal in his actions, and M was right. 007 is a revenge-filled, suicidal murder machine. Sociopathic. Which is what Bond truly is. The following films tried to bring him back to the living and sane, tried to give him pathos.

I for one, prefer this Bond. He is a man on a mission, with a licence to kill, and murdered anyone that stood in his way. QUANTUM OF SOLACE understood this, whether accidentally or not. The lack of a consequent revisions of a script clearly let slip something about the character which is always been simmering and hinted at.