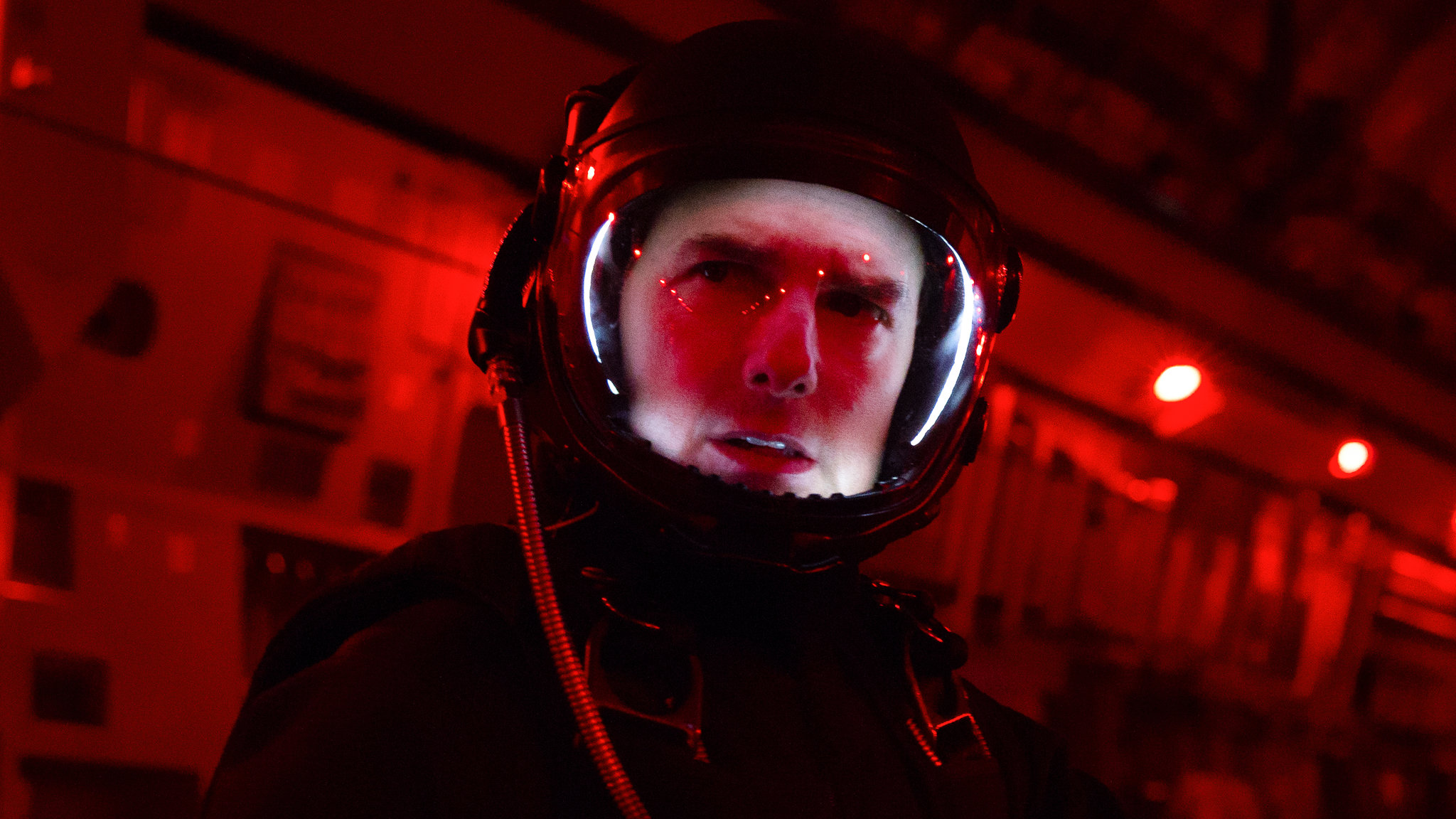 This film is an absolute blast. I honestly don’t know how a franchise like MISSION: IMPOSSIBLE keeps going. Breaking the one director per film tradition, Christopher McQuarrie one-ups ROGUE NATION with aplomb. The score from Lorne Balfe honours the series, but somehow adds something new to the series. The new cast additions are spot-on, Angela Bassett, Henry Cavill, Henry Cavill’s reloading biceps. And Rebecca Ferguson is even better than in RN!

But it’s all about Tom Cruise. Say what you will about his personal life, but my god, this guy is committed to the part. I am honestly convinced that he will be the first movie star to shoot something in Space, and actually be there. The stunts are insane (where is the Academy on that Best Stunts award?), the set-pieces are breathtaking, and it just looks fantastic.

A film of such youthful unhinged excess could really only come from Martin Scorsese. Making a film with more energy than directors half his age, THE WOLF OF WALL STREET joins FIGHT CLUB, as a film forever to be misunderstood by a certain subset of fandom. And that is perhaps its biggest strength, that the warning signs and messages against this way of life are so obvious that they can be so easily misunderstood as an endorsement.

It takes some special actors willing to commit to the depravity of Jordan Belfort and his cohorts, with Leonardio DiCaprio and Jonah Hill are on top, top form. For a decade which will end with the richer getting richer, THE WOLF OF WALL STREET provides the warning signs that one day it will fall.

This would deserve to be on the list purely for its technical acheivments. The fact that it works as a narrative piece, and is profoundly emotionally resonant as well is a miracle. Shooting for a few days each year over the course of 12 years, BOYHOOD seems to provide an ecapsulation of what it is like to grow up. The fact that I myself am only a couple of years older than Mason (Ellar Coltrane) just somehow hit home all the points in time through his life.

The direction isn’t anything special, but the performances from Ethan Hawke and Rosanna Arquette are somehow more than just being the recognisable face. The points in time that Richard Linklater chooses aren’t the major events, for example we don’t see Graduation, we see the drive after. And thats what I remember from my childhood. I remember the events after my Summer Ball when I was 17, not the night itself. This is the film I most want to show my Mum, as I know it’ll hit her as hard as it hit me.

The best horror movie of the decade, because it’s not too far removed from the truth. Who would’ve thought that one half of Key and Peele would end being the heir to Hitchcockian twists and Twilight Zone horrors. GET OUT isn’t scary because of what it shows, it is horrifying for what it implies. And that is what the best films of the genre do.

When Daniel Kaluuya is confronted by Lakeith Stanfield, his nose bleeding, screaming “Get Out!” this isn’t just a cry to Chris, it’s a cry to the audience. The post-racial Obama era of America came to an abrupt end in 2016, with GET OUT being the full stop that underlines everything that will happen next. Isn’t that scary?

The first hour and a half is not that great. But then comes ‘The Battle Of New York’, and from that moment on I knew this was something special. Yes, AVENGERS: ENDGAME is more well, more, and AVENGERS: INFINITY WAR is the most bold, but this is when Kevin Fiege’s mad dream and bold statement in Comic Con Hall H in 2006 came true. And Blockbuster cinema was never the same.

If any film changed the future of movies, it’s this one. This was the film I dreamt of seeing when I was 8 reading Marvel comics. This was the movie I never in a million years thought would get made, and after disasters like X-MEN: THE LAST STAND, ELEKTRA and BLADE TRINITY I thought the experiment would end in failure. But it didn’t. And the rest is history.